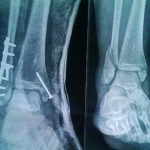 Shock n Awedrey had just played her first NRG bout and things were looking promising; days later we watched in disbelief as she sustained an ankle injury. Based on her reaction, we were all guilty of assuming it was a light sprain, despite her cool exterior, she told us that it felt like something worse; we couldn’t believe how right she was when we received an update the next day. Here she tells us how she’s kept her head in the game throughout the experience. END_OF_DOCUMENT_TOKEN_TO_BE_REPLACED 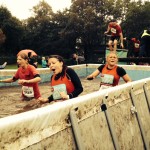 Here are some photos from the Men’s Health Survival of the Fittest that some of the NRG gang took part in last weekend. All of the team made it round to complete the 12km assault course despite the horrible weather. END_OF_DOCUMENT_TOKEN_TO_BE_REPLACED 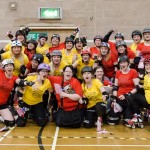 Last Saturday was a weekend of firsts as Fayzer Blade and Dark Side of the Boon went head to head Benching opposing teams at the Horrorbulls cherry popper opening bout. Here, Fayzer Blade gives us an account of her Benching experience. END_OF_DOCUMENT_TOKEN_TO_BE_REPLACED 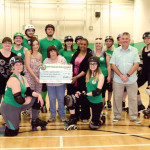 Back in May we got our skates on to kick start our fundraising drive for our nominated charity Inspire Nottingham and we were overwhelmed by the support from our friends, family and the derby community who forked out over £2000. END_OF_DOCUMENT_TOKEN_TO_BE_REPLACED